In run-up to COP 26, Petersberg dialogue and G7 start fleshing out commitments on adaptation 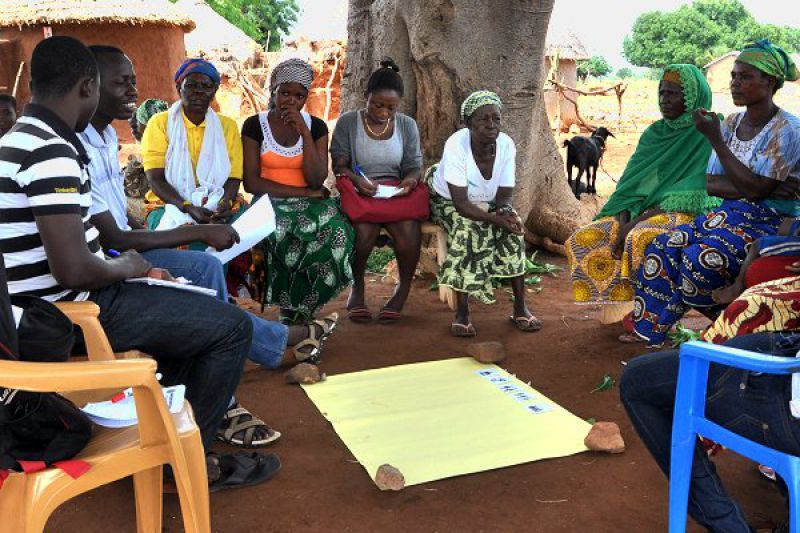 Arguing that the world stands “at the edge of the abyss” on climate, UN Secretary General Antonio Guterres issued an urgent new call to ministers at the Petersberg Climate Dialogue that ended Friday to do more to balance climate finance for adaptation and mitigation.

Adaptation in the developing world alone was now estimated to cost US$ 70 billion a year, Mr Guterres said by video link, and this could rise to US$ 300 billion by 2030.

“I reiterate my call to donors and multilateral development banks to ensure that at least 50 per cent of climate finance is for adaption and resilience”, he added, noting that money for adaptation to developing countries currently represents only just over 20 per cent of all climate finance.

Developed countries, he said, “must honour their long-standing promise to provide US$ 100 billion annually for climate action in developing countries”.

The success of COP 26 “rests on achieving a breakthrough on adaptation and finance. This is a matter of urgency and trust.”

‘Adaptation must be disruptive’

The UN Secretary General also saw “encouraging signs [on mitigation] from some major economies”, referring to countries committed to net zero emissions by mid-century that together represent about three quarters of all global GHG.

But all countries – especially the G20 – needed to close the mitigation gap further by COP 26, he insisted, highlighting the threat already faced by developing countries, where “people are dying, farms are failing, [and] millions face displacement”.

Clare Shakya, Climate Change Director at the International Institute for Environment and Development, said last week: “We are not just talking incremental change – societies must transform.

“Power over resources defines how well we can respond – adaptation must be disruptive,” she said in her message for the 12th Petersberg Climate Dialogue, an annual event that has been convened by Germany since 2010.

Ms Shakya’s comments were part of an introductory video, one of a series, compiled by the German government as co-hosts of the PCD with the UK, which also included  comments by the Climate Centre’s Programme Manager for Anticipatory Action, Irene Amuron, and its Director, Maarten van Aalst, who said “the global response to the climate crisis must channel resources to the most vulnerable communities to enable early action ahead of the risisng risks.

The concerns and suggestions from civil society voices in the German-made videos set the scene for discussions by ministers on needs already apparent on the front line.

“Many of the participants agreed that the rhythm of the Paris Agreement, under which the international community revises and raises the ambition of its climate targets every five years, has proven effective.”

Earlier last week, G7 foreign and development ministers – after a virtual meeting hosted by the UK presidency at which they affirmed their own commitment to mobilizing the yearly US$ 100 billion while aiming for a balance between adaptation and mitigation – said they welcomed new Principles for Locally Led Adaptation “and recognise the need for vulnerable communities to shape the decisions that affect them”.

In a wide-ranging communiqué, the G7 ministers noted “with grave concern the impacts of climate change on the most vulnerable communities” and welcomed progress at the UK-hosted Climate and Development Ministerial in March.

They added: “We support early action, climate and disaster risk finance and insurance on climate-linked disasters initiatives such as the InsuResilience Global Partnership and [the] Risk-Informed Early Action Partnership” (REAP) as part of an effort to assist 500 million poor and vulnerable people by 2025.

The ministers said “armed conflict is a primary cause of the food insecurity crisis”, generating “emergency levels of food insecurity” for more than 34 million people and putting the humanitarian system under immense strain.

This was “compounded by climate change and socio-economic shocks, including the impact of Covid-19”; scaling up anticipatory action and supporting data-gathering and analysis were among the strategies they endorsed in response.

A UK government policy paper issued to coincide with the G7 meeting cited “compelling evidence that anticipating shocks and releasing pre-agreed funds [for activities such as] protecting assets including livestock, rehabilitating water sources or vaccinating children before a drought, is more efficient, more dignified and protects hard-won development gains.”

Among other commitments, the UK said it would “increase anticipatory action throughout the humanitarian system” and “seek to grow support to the [IFRC’s] Disaster Relief Emergency Fund and the Start Fund to ensure local, including women-led, organizations can access finance to act ahead of shocks.”

A ministerial event tomorrow, meanwhile, will “take stock of progress to date in achieving REAP’s targets and the gaps that remain for making 1 billion people safer from disasters by 2025.”